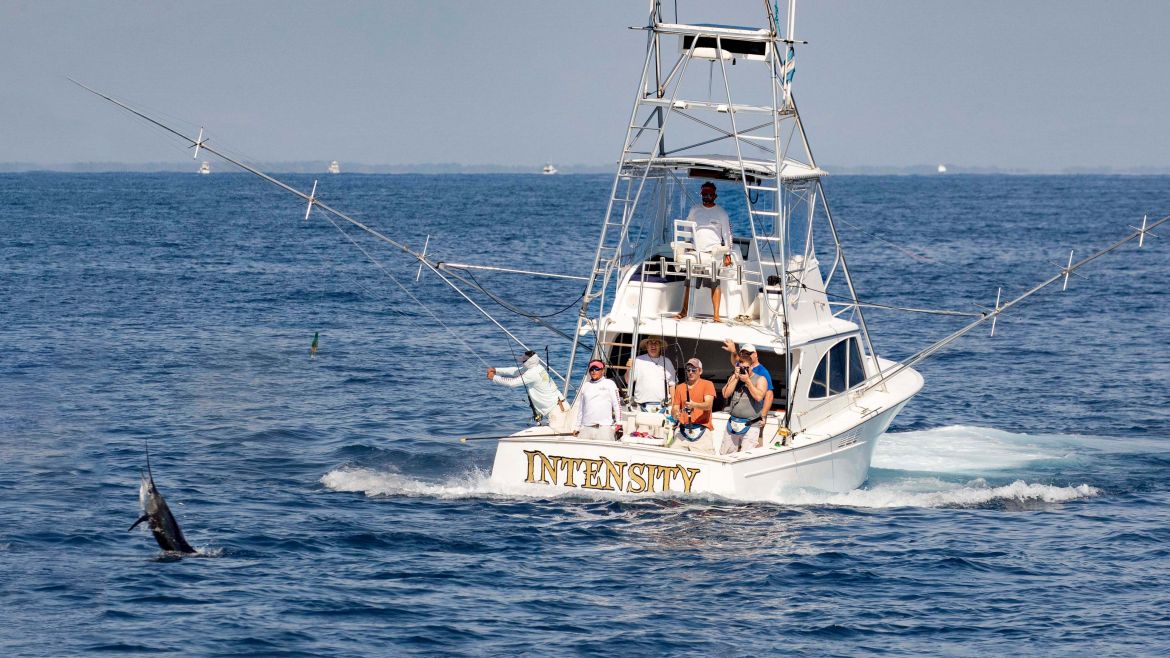 Native Hawaiian Mike Sheeder is the youngest member of the famed Sheeder sportfishing team.  As a teenager, he worked for Blue Water Marine where he is credited with developing the “Marlin Mike” artificial trolling lure. However, his fishing education began at an even earlier age with the Isacc brothers (Norm, Ed and Neil), who regularly took he, his dad and big brother Chris marlin fishing off Kona.  Realizing at an early age he wanted a professional career as a captain, he attended the California State Maritime Academy.  He holds a US Coast Guard “unlimited all seas” masters license and numerous accreditations as a merchant marine.  He started full time in the sportfishing business mating for his brother at Midway Island, where the blue marlin, tuna and trevally bite was epic. After a stint as captain, the government there shut down the tourist business.  In 2006 he moved to Guatemala, taking over the helm of the legendary Intensity.  Equally adept at catching billfish and other species on light to heavy tackle and fly, Capt. Mike has consistently taken top honors in tournaments ever since while fishing out of Port San Jose, Guatemala.  In 2008 he was nominated as Marlin Magazine captain of the year in for catches like 70 sailfish releases a day; four blue marlin in a day and a sailfish on 2-pound tippet that at the time was only the second ever to be caught on fly. In his off season, Capt. Sheeder navigated oil tankers through the Straits of Hormuz. No other captain in Central America has Mike’s experience fishing and running boats in international waters.

To book a charter aboard INTENSITY, visit their website: https://www.intensitysportfishing.com/