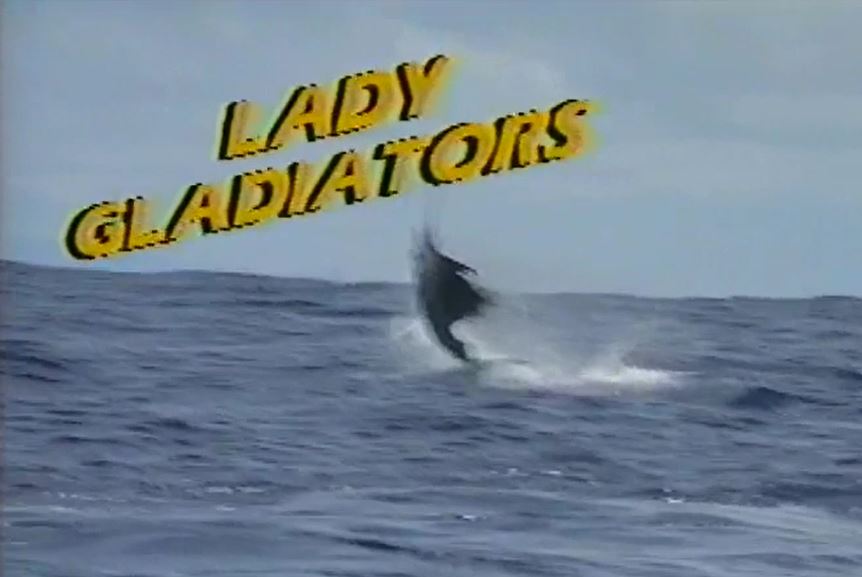 Here’s a 90s throwback video for you! Digitally converted from VHS, this Ed Murray Video Production (of Murray Bros. Originals) was filmed aboard 40′ Gamefisherman TIJERETA in 1990 with one of the top guns of fishing at the helm, Captain Bubba Carter.

The anglers in this video are LADIES ONLY, Kandy Kearns and Melanie Ericksen, challenging the abundant Pacific Sailfish, Blue Marlin, Black Marlin, Striped Marlin and huge Dolphin, in the sportfisherman’s paradise of Costa Rica. You will see spectacular underwater footage (which Ed Murray believed to be the first) of billfish striking bait and what actually takes places below the water’s surface as the ladies challenge these gladiators at sea.

*This is not a Gamefisherman production and we do not claim to own the rights to this video. We converted this from a VHS tape to digital to preserve the work of the late Ed Murray, and we’re sharing this for the sake of sportfishing history. All rights belong to Ed Murray Video.