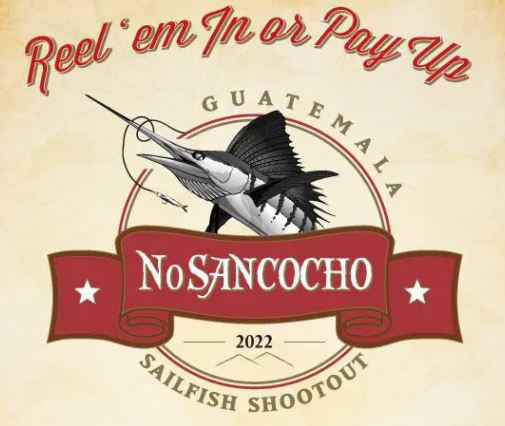 The No Sancocho Sailfish Shootout is Guatemala’s most exciting & prestigious billfish tournament, and anglers have more reason than ever to secure their spot aboard one of the nine boats in the Casa Vieja Lodge Fleet and get the best sport fishing experience on and off the water.

At the end of the three-day tournament, the team with the most points wins. You and three teammates choose the combination of bait and fly casting that you think will earn you the most points based on the scale below:

But if you can’t seal the deal, there’s more than just your pride on the line—every missed bite costs anglers $20. Money from every missed bite, or sancocho is then donated to a local school in Puerto San Jose.

Here’s the final update on the 2021 No Sancocho Results from Casa Vieja Lodge:

“The final day of No Sancocho had all boats running in different directions trying to find the best bite. All 8 boats had Marlin bites, 4 of them released a single, and The Hooker released 2!

Boats totaled 50/74 #Sailfish and 6/10 both #StripedMarlin and #BlueMarlin.

This was a battle to the end. The ladies on the Finest Kind released 12 sailfish, the highest of the day. They ended the day tying The Hooker with 350pts, however, The Hooker caught its last fish 10mins earlier and was declared Top Team!

The Makaira, all-ladies team as well, slipped into 3rd place with 270pts and Top Lady Angler Connie O’Day who released an est. 450lb blue Marlin also had a tournament grand slam, and baptized Capt Jefry Garcia in his tournament/season debut.

The Sancocho King was Ivan Soto on Team Contender with 6 Sancochos and a grand tournament total of 71 Sancochos! This combined with matching donations from Team Release, Team Contender, and David/Kristen Salazar raised $4,350 to help a primary school here in local Puerto San Jose! Thank you everyone for joining in and we can’t wait to have you back!