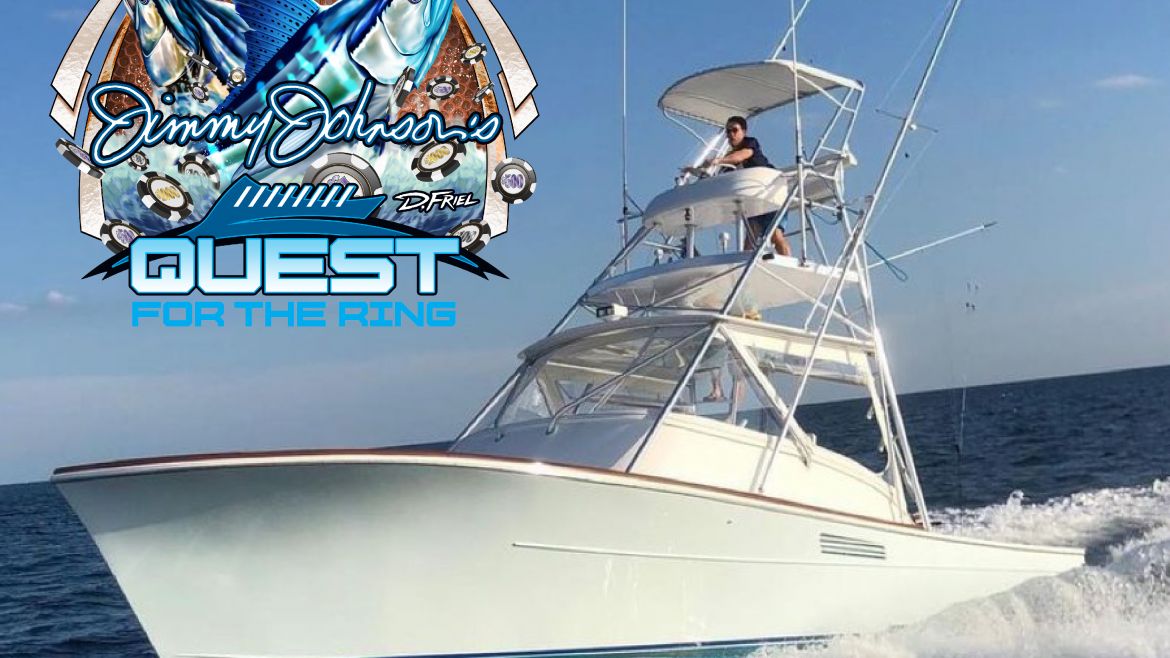 In a little over a week, Jimmy Johnson’s Atlantic City “Quest For The Ring” Championship Fishing Week will take over Frank S. Farley State Marina at the Golden Nugget Casino! Gamefisherman is a proud sponsor of the tournament, and we’d like to wish #TeamGamefisherman 34′ KASHMIR best of luck!

So far, 69 teams are registered for Jimmy Johnson’s inaugural Leg #2 of Quest For The Ring in Atlantic City, NJ. World-class sportfishing teams will compete for a guaranteed $1,000,000 purse by fishing for white marlin, blue marlin, tuna, wahoo, and dolphin.

This inaugural tournament will be from the dock of choice, but weigh ins will take place at Frank S. Farley State Marina at Golden Nugget with a complimentary Hospitality Village open all week long to event participants!

The tournament will start with the Release Boatworks Kick Off Party on Monday at the Golden Nugget, and end with a weekend of tournament complimentary gifting and closing awards at the Hard Rock Casino!

For more information, visit the website or email info@questfortheringac.com!